Member of the Day:

January 2nd, 2015
Plasticool was supposedly a German member on Sploder that lives in Hong Kong, even though in his last few days his location was in Australia. Throughout the month on January 2015, he has made games begging to be unbanned on the forums (and then the mainsite), messages to people (most begging for an apology), and projects with names similar to 'Everyone Please Read This'.

He has called Pewdiekids1 a bully for joining a multiplayer game and then leaving. He is banned not because of all this, but because he hacked a mainsite account known as Fall000000000001. Plasticool was suspended on January 27th, 2015, most likely due to his rage at the moderators during his ban and breaking various rules. 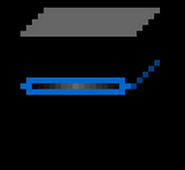 One of his former avatar.