Thewafflelord is Pewdiekids1's new account. He made the account mainly so that he could make real games and not movie games like he did on Pewdiekids1. He didn't want to be known for that, because even when he made real games on Pewdiekids1, they weren't getting noticed as much as his movies were. He didn't approve, so he made an account specifically for real games, and well, here it is.

"Wazzup? I am TheWaffleLord, proud game creator with 2 features and founder of Waffle Inc. My goal is to make fun and enjoyable games for the Sploder community."

Maximum number of loops have been performed

Tags:
Maximum number of loops have been performed

Tags:
Maximum number of loops have been performed

Thewafflelord was born in 2003 in Canada. He is autistic.

Thewafflelord joined Sploder when he was searching for online quizzes on Minecraft, and one of Sploder came up. But then he realized what you could actually do on Sploder, so joined with an account called Pewdiekids1.

Thewafflelord created his new account for real games only on March 02nd 2016. He even moved his recent real games from Pewdiekids1 to his new Thewafflelord account on June 13th 2016. On June 03rd 2016, he got his very first feature. 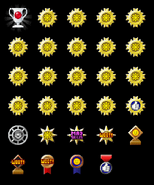 Thewafflelord's awards
Add a photo to this gallery

Retrieved from "https://sploder.fandom.com/wiki/Thewafflelord?oldid=39517"
Community content is available under CC-BY-SA unless otherwise noted.